The Environmental Technology Verification (ETV) by the United States Environmental protection agency (US-EPA) conducted a thorough testing of the Colifast ALARM . Preparations of samples containing close to 1 organism per 100 mL water was acquired to test the sensitivity of the apparatus in accordance with the EU directive and recommendations from the WHO of 0 organisms/100 ml, and thus also the standards for the Colifast ALARM . Commercial cell lines were used to prepare these samples, but also filtered contents of sewage to better simulate the in situ conditions. All samples underwent chlorination for adjustment to target level, followed by dechlorination. Results gotten from the Colifast ALARM and a reference method (SM 9221B and F), were compared statistically using the Chi-square test for independence followed by the Yate’s continuity correction. No significant differences between the tests were proven in the report.

The US-EPA also compared the Colifast ALARM and Colilert-18, where the statistics showed a difference between the two methods. The growth conditions in the two systems differ slightly and might explain the difference observed by the US-EPA. The Colilert-18 medium facilitates unspecific growth of more than coliform bacteria, and the E. coli-distinguishing feature is acquired purely based on the measurement of enzyme activity. Colifast ALARM, on the other hand,  runs on medium that inhibits growth of non-coliforms, and while gaining selectivity this slightly harsher treatment results in a slight loss of sensitivity. The selectivity components of the Colifast medium are more similar to the traditional ISO and American standard methods than the Colilert-18, and thereby no difference on the sensitivity is found when comparing Colifast with these methods.

About ETV: The goal of the ETV program has been to verify and inform the public of the performance of technology that can solve problems related to the public health and the environment. The ETV program collaborates with organizations conducting recognized standards and testing in order to ensure that the data generated are both reliable and defensible. 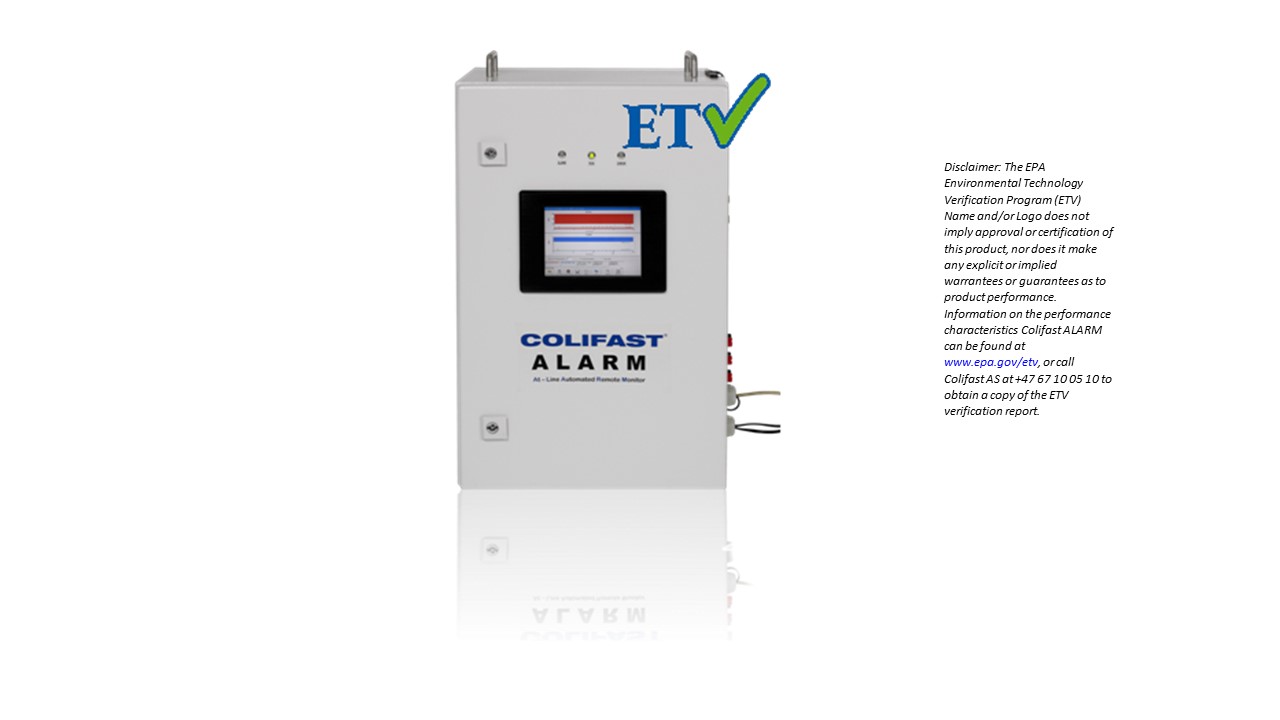 Both E. coli and P. aeruginosa samples were collected from drinking water and swimming pools, respectively depending on the test. The samples were tested on the Colifast instruments where fluorescence is measured as a result of the enzymatic activity specific to an enzyme found in the target species. A synthetic compound where a substrate is fused to a fluorescent probe generates an increase in fluorescence when the specific enzyme is present and can “activate” the probe by cleavage. 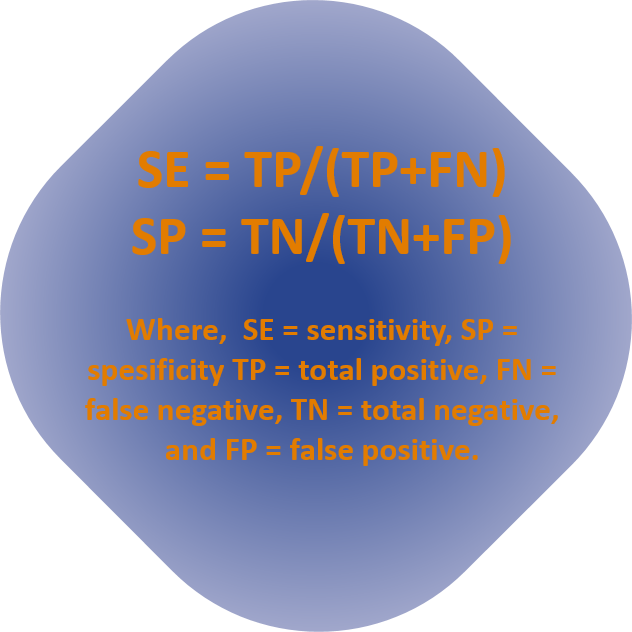 t runs several simultaneous samples and utilizes the most probable number (MPN) statistics to estimate the original bacterial count of the source. By diluting samples to such an extent that both positive and negative samples are achieved, the fraction of positive samples can then be used to do the estimation. Parallel reference methods were conducted, ISO 9308-1 for E.coli, and EN 12780 for the P. aeruginosa.

From the Ecole Nationale de Santé Publique, 245 samples were tested for E. coli and the resulting sensitivity and specificity was 97 % and 93 %, respectively.

You can find out more about which cookies we are using or switch them off in settings.

This website uses cookies so that we can provide you with the best user experience possible. Cookie information is stored in your browser and performs functions such as recognising you when you return to our website and helping our team to understand which sections of the website you find most interesting and useful.

Strictly Necessary Cookie should be enabled at all times so that we can save your preferences for cookie settings.

This website uses Google Analytics to collect anonymous information such as the number of visitors to the site, and the most popular pages.

Please enable Strictly Necessary Cookies first so that we can save your preferences!